Online gaming licenses are one of the most important factors in operating a bookmaker. The success of ventures in this field, which is measured by the appeal to the target audience, by the volume of deposits and bets placed, is unlikely to be achieved. This is because without being licensed the bookmaker will hardly be able to attract a good number of players, will not be able to receive deposits and will have little movement.

It is through online gaming licenses that bookmakers offer their users a secure environment. The licenses are intended to ensure trust and credibility for online gaming sites, as there are supervisory bodies behind the operation.

Without a license, the operation can be considered illegal, since it is not legally obliged to respect the rules of inspection bodies and is not verified by any competent authority. This can even lead to the closure of the bookmaker’s activities.

In accordance with the legislation of the country where the bookmaker operation is conducted and the jurisdiction where the licensing was issued, several online gaming licenses are required according to the games offered by the website.

Another big problem is that online bookmakers that do not have an operating license will not be able to offer the main payment methods to their customers. The major credit card brands, banks and financial institutions would not accept to join unlicensed sites.
In summary, all sports betting sites and online casinos must be licensed, mainly for the reasons mentioned above. Read our article 3 reasons to have an online gaming license.

Some countries ask for specific online gaming licenses for each of the varied activities of betting sites. In other cases, just a single certificate is enough for the site to operate sports betting, casino and other games of chance.

In the case of regions considered to be part of the “gray zone”, what usually happens is that the laws are not specific regarding online gambling and betting. However, it is common for regions within the “gray zone” to have rules or standards for betting and gambling in physical establishments.

In many cases, the laws of the country belonging to the “gray zone” were drafted and sanctioned at a time when there were no online gambling sites or even the establishment of the internet as it is today, and because they did not foresee the advent of this type of game, the online betting option is not banned.

As there is no clear prohibition, even if there is no explicit permission, there is a gap where online gaming licenses issued in other jurisdictions are inserted. When a player places his bet over the internet, either through the computer, cell phone or any other device, on a betting site licensed in a different jurisdiction than the one where he physically lives, technically this bet was placed in the jurisdiction where the license was issued.

This means that any citizen of legal age can bet on Brazil, one of the countries belonging to the “gray zone”, in a completely legal way. Countries like Canada and Australia, for example, are also part of the “gray zone”.

Among the countries where gambling is allowed, several of them have their own regulatory bodies responsible for gambling activity, whether online or not. In the case of online gambling specifically, licenses issued and controlled by regulators are valid for websites and bookmakers even if they operate in different parts of the world. This is an important factor mainly for bookmakers that operate in countries without legislation and their own regulatory body, such as the members of the “gray zone”, for example.

Each of the agencies responsible for issuing licenses for online games has its specificities. These are rules, laws, standards, requirements that bookmakers need to comply with in order to obtain the certificate. It is precisely such laws, rules and requirements that guarantee a safe environment, fair play, and increase the reliability and attractiveness of licensed bookmakers.

The cost of certification, as well as the license renewal fee, varies according to the issuing entity. The license issuing body is responsible for the supervision and correct functioning of the licensed bookmaker or website and has the discretionary power to revoke the license if it finds evidence that the website does not comply with the pre-established rules.

If any customer, user, player has a problem with a particular site or bookmaker, it is under the law of the country issuing the site license that such problems will be arbitrated.

All of these are reputable bodies that issue online gambling licenses to bookmakers around the world. The three highlighted above have the advantage of not being as restrictive or expensive as certifiers in other countries. In addition to these 3 first, there are also:

Where to get your online gaming license?

In this text the main online gaming license issuing bodies in the world were presented and the functioning of each one was explained a little better. In order not to have a headache when choosing, gather the necessary documents and ask for your license, leave this job with our team. Egaming Curaçao guides you on the certificate best suited to your business needs so that you don’t have to worry about bureaucracy and can focus on your operation.

Online gaming licenses for your bookmaker are a determining factor for the success of your business. Egaming Curaçao helps, provides support and peace of mind when it comes to getting the right certificate so that you only worry about how to manage your business.

Our company works to help you get your online gaming licenses in a variety of jurisdictions. Our team is extremely qualified and has extensive experience in issuing certificates from the most varied regulatory bodies in the world.

Consult our team and we will be happy to assist and offer everything your betting site needs to operate successfully and legally.

Hello, our customer support hours are Monday-Friday 10 am - 20 pm GMT. We will respond to your message as soon as we are available. 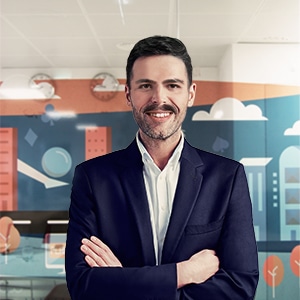